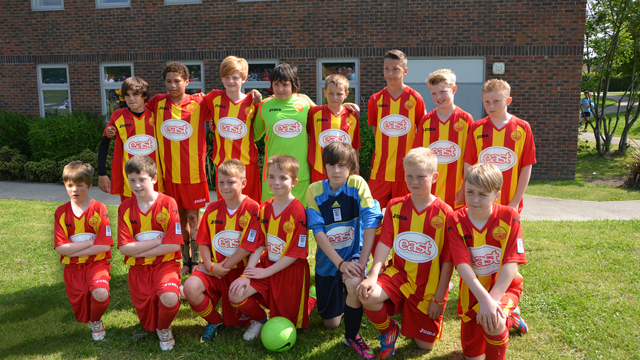 Our first tournament – as Newhaven Youth!

Newhaven enter 2 teams for the tournament – a red team and a yellow team, and it’s 6 a side. 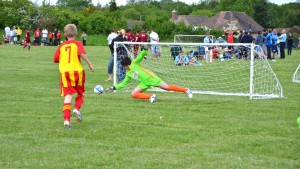 The Red team started well with 3 straight wins of 2-nil, followed by a 4-nil win and another 2-nil win – goals from Myles 3, Joe G 2 and Connor. This is followed by a nil-nil against Bexhill Utd.

They then lost 1-nil in a hard fought game against Eastbourne Town (Red) but they go through to the semi final as best runners-up with the most points.

The semi-final is against another strong Eastbourne Town team (Yellow) and again it’s a close one with another 1-nil reverse. Newhaven so nearly force extra time but a great double stop from the Eastbourne Town keeper in the last minute stops this happening – something they probably deserved, but a good performance from all the team.

The Yellow team start with a close 1-nil loss, but come back with a great 1-nil victory against a strong Black Hawks, with Tommy getting the goal and Eden making a couple of excellent stops in the Newhaven goal. They then go even better in the next game with a 3-nil win against the hosts, Polegate Grasshoppers, with 2 more goals from Tommy and one from Liam B. They then finish their games with a 2-nil loss against the team that gets through to the final, so on balance they had played very well and again a good team performance from everyone.

A good start for the boys as Newhaven and plenty to build on for the coming season.

Pictures from the tournament can be found on the East Communications Flickr site by clicking here.